Porthole v1.7.8, AirVLC v1.1.2 and Denied v1.3.0 are out now. I released quite a few updates the past month and forgot to write about it. So, here’s a quick overview of what I’ve been working on.

For all apps I’ve updated the update framework — if that makes sense. All updates are now deliverd securely over https, instead of just http and using the latest version of the Sparkle update framework. Let’s go into the specifics of what has changed under the hood of Porthole, AirVLC and Denied.

The updates for AirVLC and Porthole are pretty similar and mostly focus on bringing the apps into 2016. As a result both apps are now compatible with OS X 10.7, instead of OS X 10.6.8 If you require a legacy version, you can get it here for Porthole and here for AirVLC.

Denied’s update introduces a more finegrained manner to specify the amount of time Denied should prevent repeat plays. Instead of just adjusting the slider you can actually enter the number of days.

Apple resets reviews in the Mac App Store after an update comes out, so I was pretty stoked to see a few new ones appear almost straight away. The creative ways in which people describe how Denied helps them out is awesome, so I’d like to share a few here:

⭐⭐⭐⭐⭐ A must-have for public Spotify playlists!

This app is so good it should be integrated into Spotify itself. If you listen to public playlists or some charts, and are tired of that one song that just keeps playing all the time — get Denied.

I can’t imagine a Mac with this uninstalled. Especially with Apple Music and Stations, the risk of hearing an Adele song grew too great. Now rather than hearing her dreadful wailing, I get a notification reminding me that my ears have been saved from the misery once more. Works perfectly, every time.

They’re all great, but especially the last one cracked me up.

I’m working on a startup with three other guys called Hedge for Mac. It’s an app for OS X, aimed at video professionals, that helps you import data from your camera and make multiple copies — or backups —, securely and quickly. 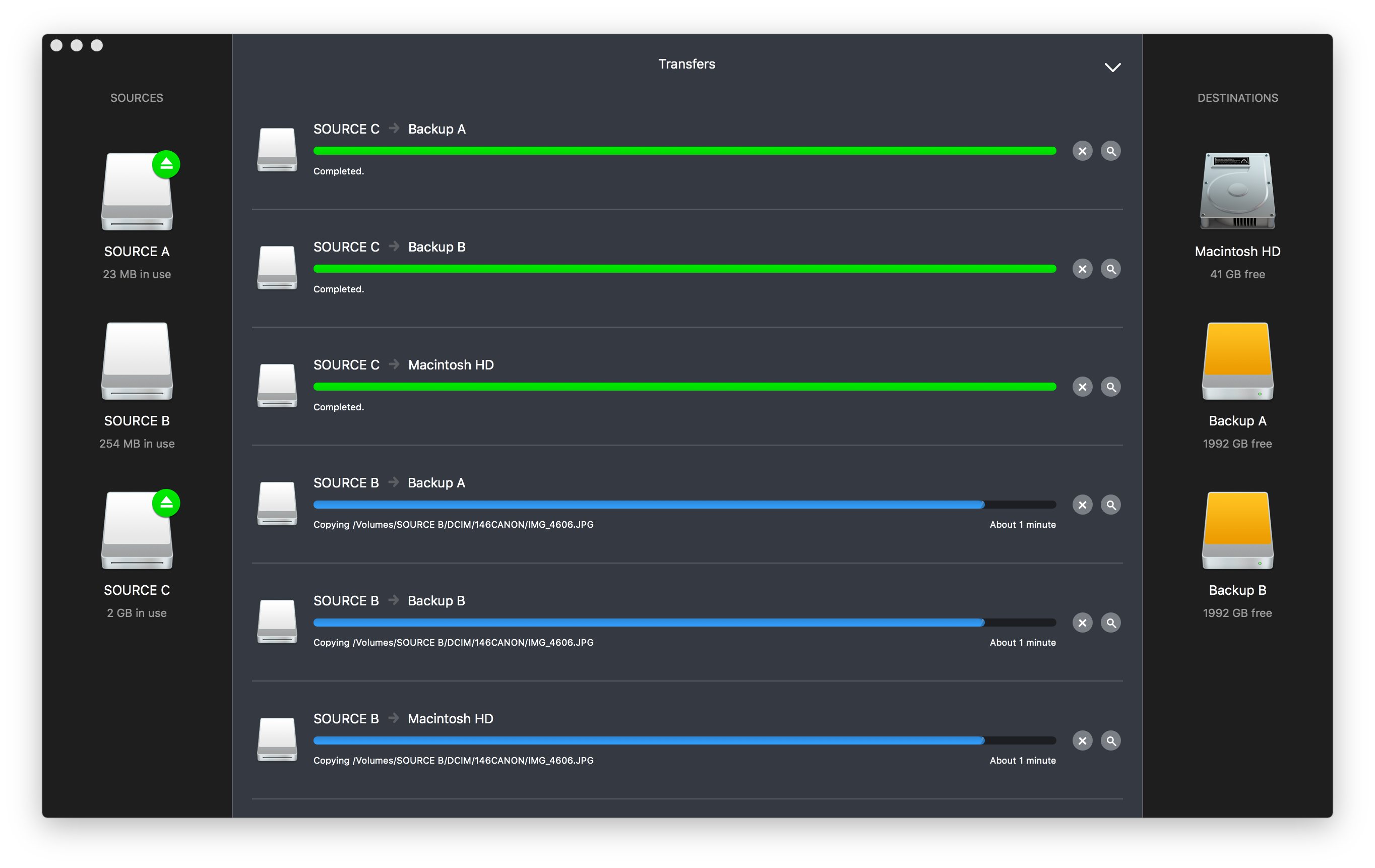 We launched version 1.0 on March the 22nd. For more information check out the website and download the trial version.

That’s it for now. For more frequent updates about Danger Cove apps, consider following me on Twitter or Facebook.

Apple released OS X version 10.10 yesterday. It’s a free update and I think most of you will want to upgrade as soon as you get the chance.

All Danger Cove apps have been tested and work beautifully with OS X Yosemite. So, don’t let Denied, Porthole, AirVLC, coucou or Reign hold you back and have fun checking out all new features Apple has added!

In the first two releases of VLC 2.1.x, AirPlay wasn’t working like it’s supposed to. I even recommended to stay on 2.0.8 if you wanted to use AirVLC.

With the recent release of version 2.1.3 all problems seem to have been fixed and AirVLC is compatible out of the box! You can update VLC from within the app, or through their website.

It feels like an update for AirVLC has been overdue. Even though it’s been working very well for me and even made the transition to Mavericks like it was nothing.

The changes in this update are mostly behind the scenes; I updated the frameworks and project to work with Xcode 5. Besides that I’ve made some tweaks to accomodate a few changes Videolan made in VLC 2.1.0.

Unfortunately there is no way to test if those changes work yet, because the AirPlay support in 2.1.x still seems to be completely broken. Even in the nightly builds. So if you intend to use AirVLC to watch your movies on your Mac and play the audio in sync over AirPlay, stick to VLC 2.0.9 or downgrade if you’ve updated already.

Apple released OS X version 10.9 yesterday. It’s a free update and I think most of you will want to upgrade as soon as you get the chance.

All Danger Cove apps have been tested and work with OS X Mavericks. So, don’t let Porthole, AirVLC, coucou or Reign hold you back and have fun checking out all new features Apple’s added!

I’m writing this from my studio in The Hague. It’s been quite an adventure from when Danger Cove started October first 2011. An expedition that delivered four released apps, one in progress (more on that in a future post) and a whole bunch of projects that looked cool at first, but now live in a folder called “shelved” ;).

It feels awesome that Danger Cove apps are being used by more people than I could hope for. Thanks so much to the wonderful people that took the time to spread the word about them. I appreciate it a lot.

To celebrate, both Porthole and AirVLC are 40% off today! I assume you already got that from the header image though. The offer will end October 2nd at 12pm CET.